Adelaide Cromwell’s pioneering work examines race and the social caste system in Boston over a period of two centuries and those black individuals who exercised political, economic, and social leadership from the mid 1700’s to the middle of the twentieth century.

Twenty Families of Color in Massachusetts 1742-1998 is a fascinating, in depth read by author, Franklin A. Dorman covering over 250 years of history on black families and individuals in the Bay State. 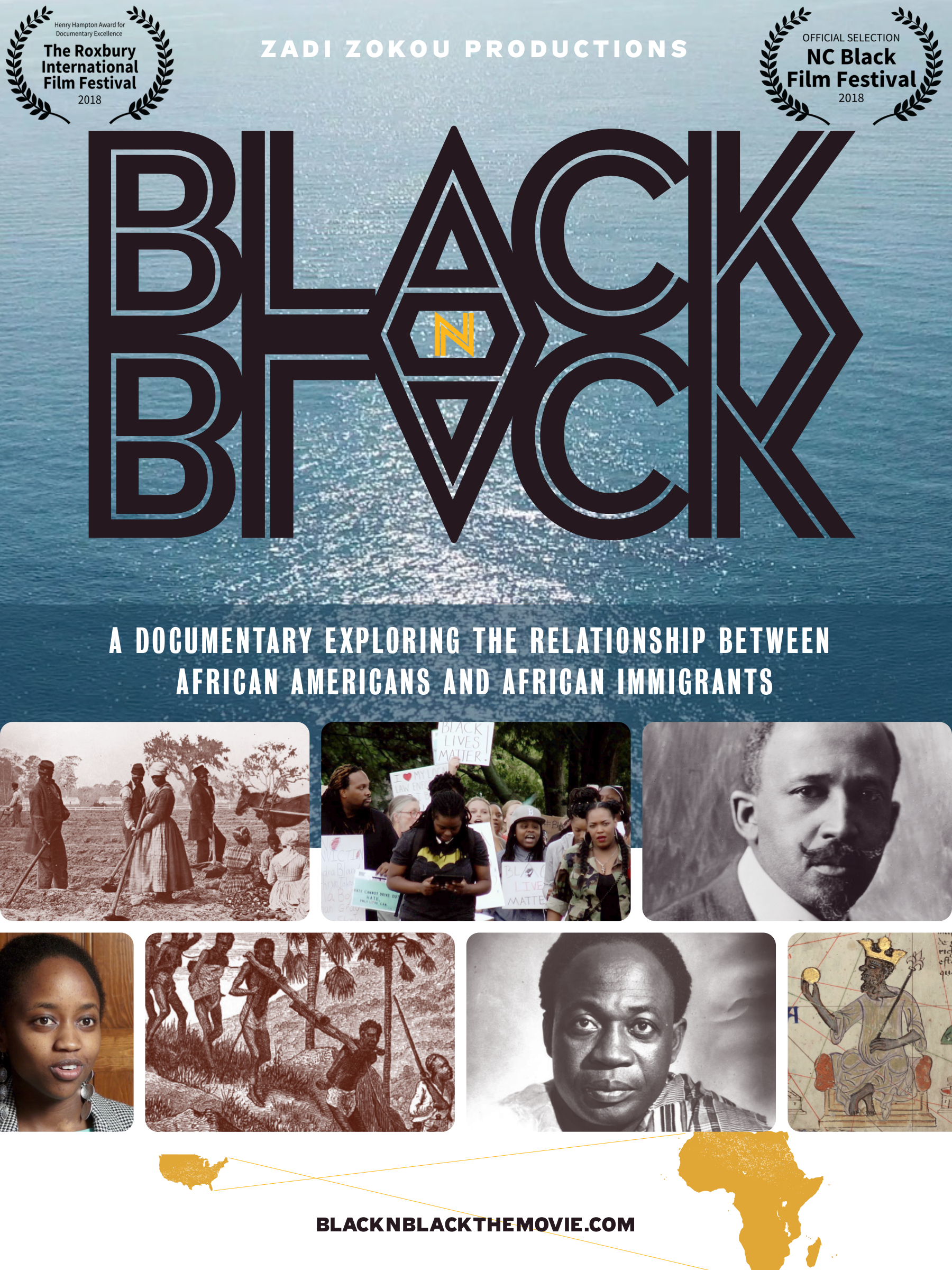 Black N Black is a documentary that explores the relationship between African Americans and African immigrants to the United States.Although both communities originated from the African continent, their view of each other is often fueled by stereotypes and misconceptions. Their already limited and sometimes fragile connections are further complicated by profound social and historical issues such as their relationships with Whites or the alleged complicity of Africans in the Slave Trade, all of which present challenges to their solidarity.

Black N Black highlights these issues in an effort to elevate the communication between the two communities. Filmed in the US, Ghana and Ivory Coast, the documentary presents compelling facts and thoughtful opinions intended to spark discussion and learning about each other as a means of building strong and authentic relationships. 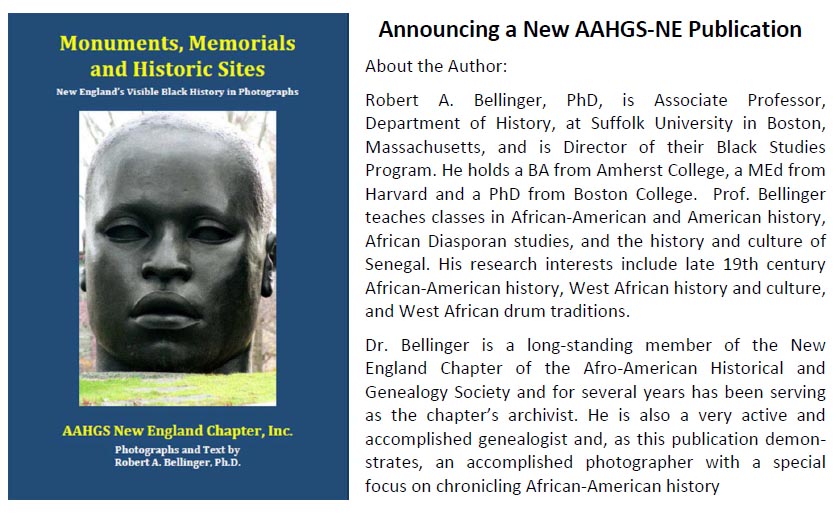 All proceeds from the sale of the Monuments book go to the AAHGS-NE Chapter.

The fascinating saga of the Jamaican Maroons that chronicles their epic journey from the mountains of Jamaica to the harshness of Nova Scotia to the deceptive promise of Africa. Well told captivating story of a people both respected and feared and their ultimate desire to return to their homeland.

The Negro in Colonial New England 1620-1776 by author Lorenzo J. Greene Ph.D written in 1942 is remarkable in its twelve chapter scholarly detail replete with statistics on a little studied subject of the enslaved in the north and the lives of African Americans in colonial America.