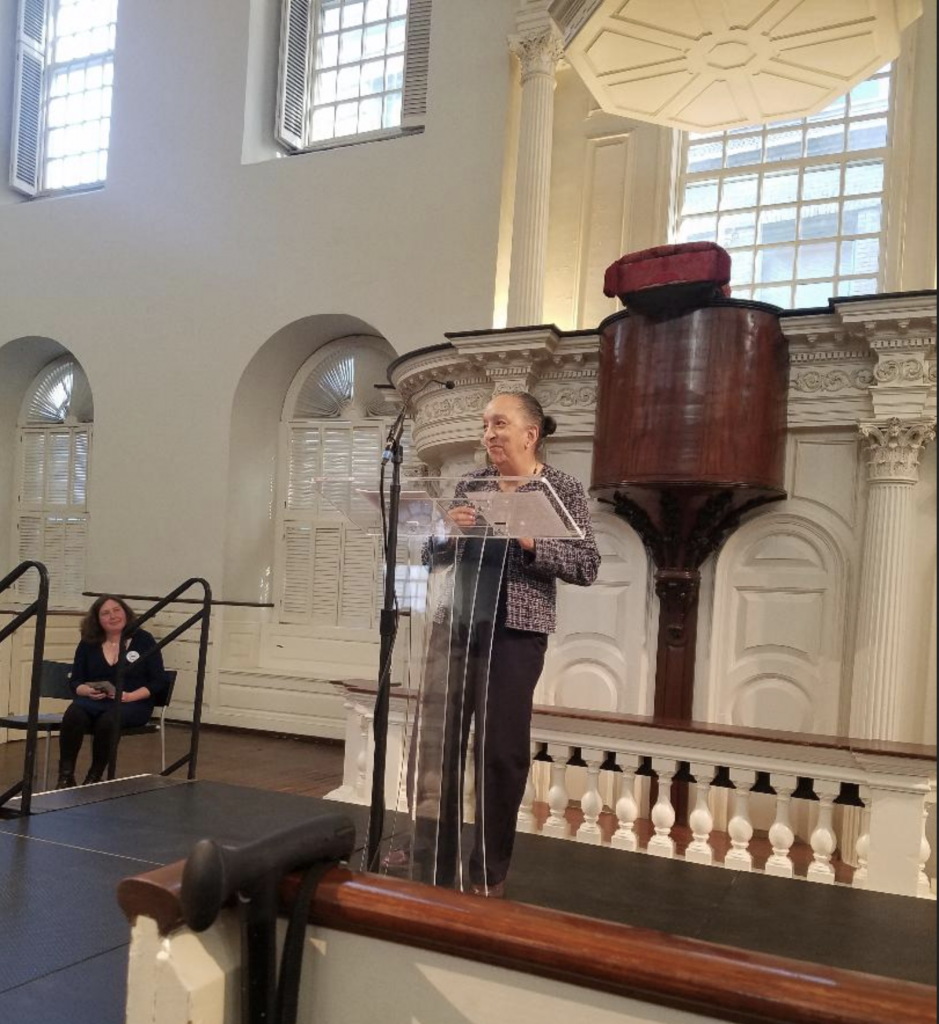 AAHGS New England President  Judith-Allen Shaw addresses an audience and dignitaries including Mayor of Boston, Michelle Wu at the historic Old South Meeting House on May 1, 2022.

Boston, an area long inhabited by the Massachusett Tribe, was conceived and established in 1630 by the arriving English colonists as a Town. After many years of debate among the citizenry about whether the population had outgrown a Town style of decentralized governance, on February 23, 1822 the State Government adopted an act establishing the City of Boston, thereby granting Boston the first City Charter in Massachusetts.

On March 4, 1822, the residents of Boston who were eligible to vote, excluding women, certain immigrants and the Black community, ratified the act and accepted the Charter to convert their Town into a City.

On May 1, 1822, the Selectmen who originally governed the town of Boston, ceremoniously transferred responsibility to the Mayor and Council, and the City of Boston began its existence as City.

The City of Boston intends to commemorate the 200th anniversary of its incorporation as a City on Sunday, May 1, 2022. The Council marks this important anniversary with gratitude to the many public servants who have worked tirelessly on behalf of the City of Boston and its residents over the past two hundred years.